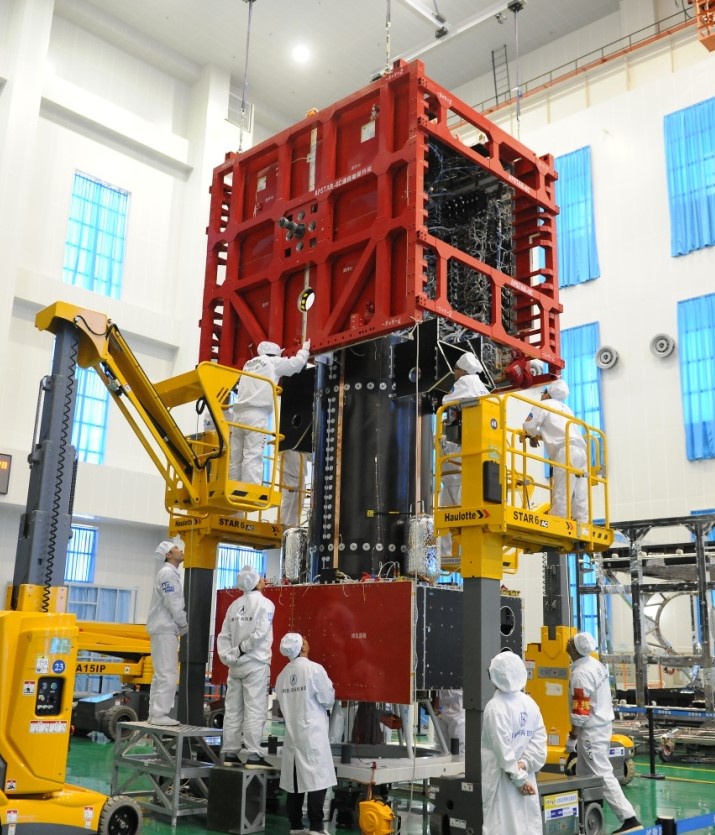 The AIT (Assembly, Integration and Test) of the APSTAR-6C satellite has made significant progress since the System CDR (Critical Design Review) was conducted in October 2016. The testing result showed the performance of the satellite is in line with specifications. On 7 August, 2017, the mating of SM (service module), PM (propulsion module) and CM (communication module) has been successfully completed. This milestone also marks the commencement of the system level testing.

Launch service progressed as scheduled, launcher structure, main engines and electrical system are under construction normally, the AIT is expected in October 2017.

The project schedule shows that APSTAR-6C will be ready for shipment in first quarter of 2018, would fly on board a LM-3BE and replace APSTAR-6 satellite.

About APSTAR-6C: APSTAR-6C is based on CAST DFH-4 platform which will be equipped with C-band, Ku-band, and Ka-band transponders, providing high power satcomm services to customers across the Asia-Pacific region, for VSAT, video distribution, DTH, cellular backhaul and mobility broadband applications.