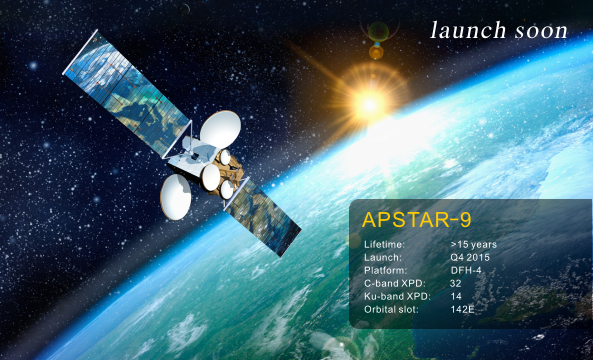 The APSTAR 9 CDR(Critical Design Review) was conducted successfully. After this milestone, the design phase is completed and manufacturer will start the manufacturing, integration and test phase. The progress and schedule are in line with the predication.

On 22 November 2013, APT Satellite (HK) entered into contract for manufacturing, delivery and launching of the APSTAR 9 Satellite. The Contractor is a wholly-owned subsidiary of China Great Wall Industry Corporation in Hong Kong, The satellite is planned to launch and commence service in Q4 2015.