Since October 2014 APSTAR-9 satellite entered its assembly, integration and test (AIT) phase. The manufacturer CAST carried out AIT in its High Bay located in Beijing. The components for platform have all been installed and SPT1 (Satellite Performance Test) started, mainly verifying electrical interfaces between each on-board subsystems and ground testing equipment. In parallel, payload units are mounting on COMM panel and expect its End to End test commences early 2015. 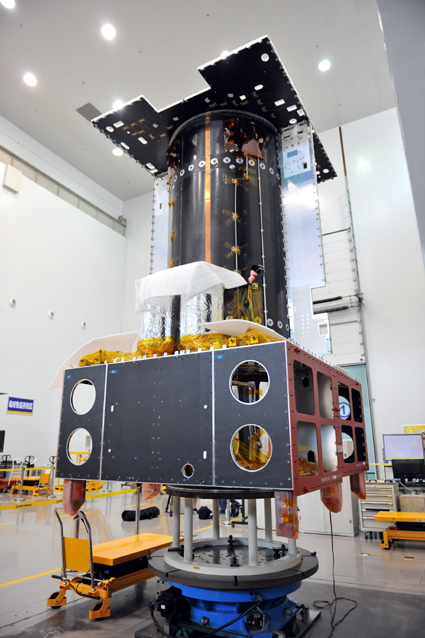 Presently all the milestone of APSTAR-9 satellite program are in line with the schedule, the satellite will be launched in 2nd half of 2015.