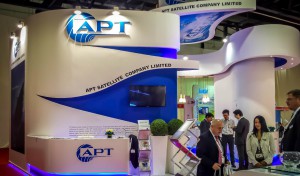 The launch of APSTAR 7 satellite in 2012 brought the company to the center stage of Middle East’s satellite capacity market. With its vast coverage in the area and special bridging function to Europe and Africa, APSTAR 7 attracted most inquiries from the visitors.

About CABSAT: Most established trade platform for digital media & satellite sectors across the Middle East, Africa and South Asia region. This year is its 20th Anniversary. CABSAT 2015 will be held on 10-12 March 2015 in Dubai.