Recently in Henan Province, China, it has experienced severe floods caused by extremely heavy rains, which has attracted a lot of attention from the people in China and overseas. The flood caused road blockages, houses taken away, subways and vehicles inundated, resulted in great loss of life and property.

On July 20, the town of Mihe, located at the confluence of two rivers, was inundated by floods that flowed over the river bank, more than 20,000 people were affected and awaiting rescue. The flood destroyed local telecommunication infrastructure and the worst-hit areas became isolated “islands”, completely cut off from the outside world.

At this critical moment, a “Wing-Loong 2H” disaster-response drone flew to Henan to perform disaster observation and telecommunication restoration missions. The drone carries a 4G mobile BTS, which provides mobile phone signals; At the same time, the drone is equipped with a satellite communication terminal that pointing to the satellite, then the connection with the mobile operator’s teleport station is established through the satellite backhaul link. 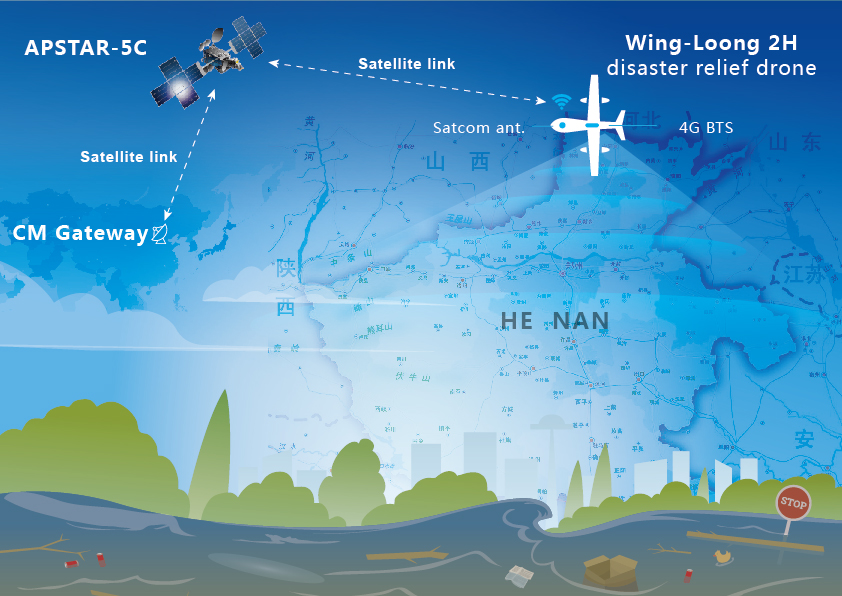 “Fellows in Mihe Town, communication was interrupted due to heavy rains. The Emergency Management Department urgently dispatched a drone to your town for rescue, which can temporarily activate the mobile phone connection. Limited by the time that the drone can stay in the air, the network recovery time is only five hours. Please report the situation and contact your family as soon as possible. Good luck!”

The satellite resource used in this rescue operation was the Ku-band capacity in the China beam of APSTAR-5C, with high coverage/power performance on the Henan area. During the disaster ’s peak period from July 20-22, APSTAR 5C provided 34 hours of uninterrupted service. 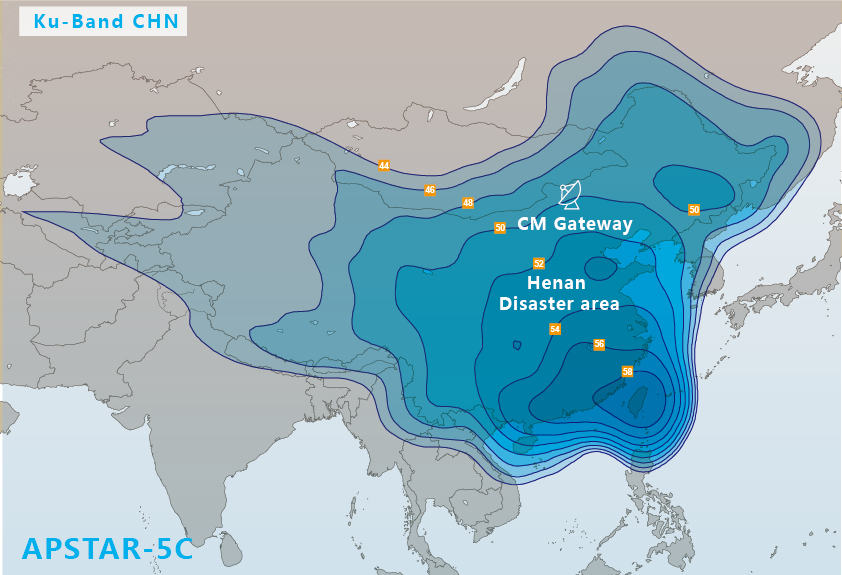