Abstract: The satellite Ku transponder market in China is unbalanced. On the one hand, the standard Ku transponders (14/12 GHz band) are in short supply, and their utilization rate is as high as 100%. On the other hand, the transponders in extended Ku-band (13/11 GHz band) are much vacant, with low customer awareness and few users. Satellite transponder resources are scarce, and the use is unbalanced in frequency bands, resulting in the waste of satellite spectrum resources. This paper analyzes Ku frequency bands’ history and current situation, and then puts forward some suggestions for improvement.

In our highly interconnected world, satellites have been widely used not only for video contribution/distribution and live broadcasts but also for many data services, such as internet broadband connection, VSAT service, mobile backhaul, maritime and in-flight connection. In recent years, with the growth of satellite communication applications, the market demand for satellite transponders has been ever increasing, and the global usage of satellite transponders will reach almost 9 Tbps by 2029, which is 10 times of the value in 2016 (Figure 1).

The increasing usage of satellites poses a great challenge. The satellite links need to adopt higher data compression and frequency reuse technology to squeeze the last bit out of every Hz in the frequency table. However, the reality is that no matter how much effort is put in to increase efficiency, the frequency resources allocated to satellites uses are limited. 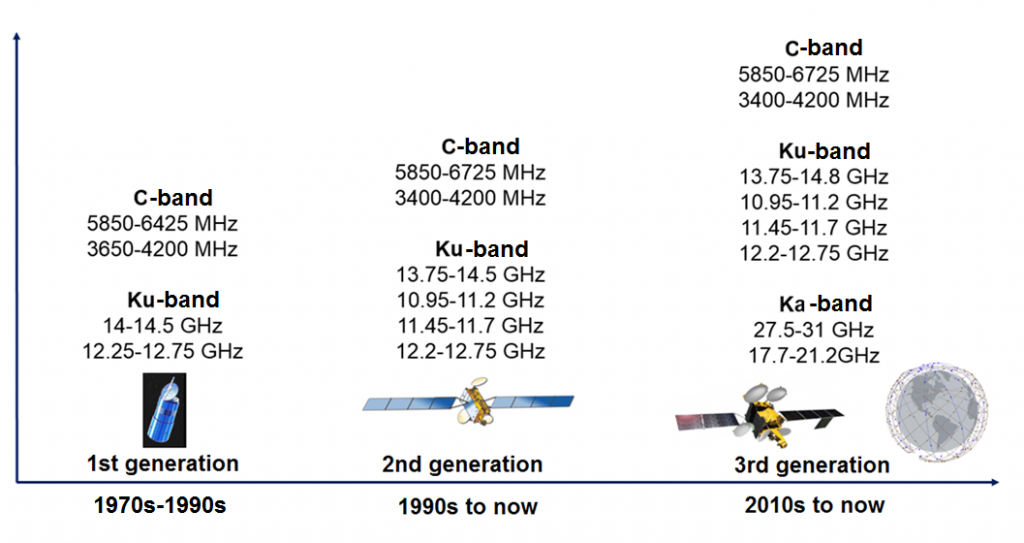 The 4-8GHz band is called the C-band. Since the 1960s, commercial communication satellites have used C-band to provide transcontinental communication services such as international telephone and television broadcasting. The propagation condition of the C-band radio wave is relatively stable and almost immune to rainfall attenuation, which makes it suitable for satellite telecommunication use. However, with the rapid growth of terrestrial mobile networks, 5G mobile phones also began using C-band, and causing interference to satellite signals (Figure 3). Under the coordination of the regulatory authorities and ITU, the extended C-band (3.4-3.6 GHz) initially used for satellite communication use was re-allocated for 5G, and satellites gradually withdrew from using this band. 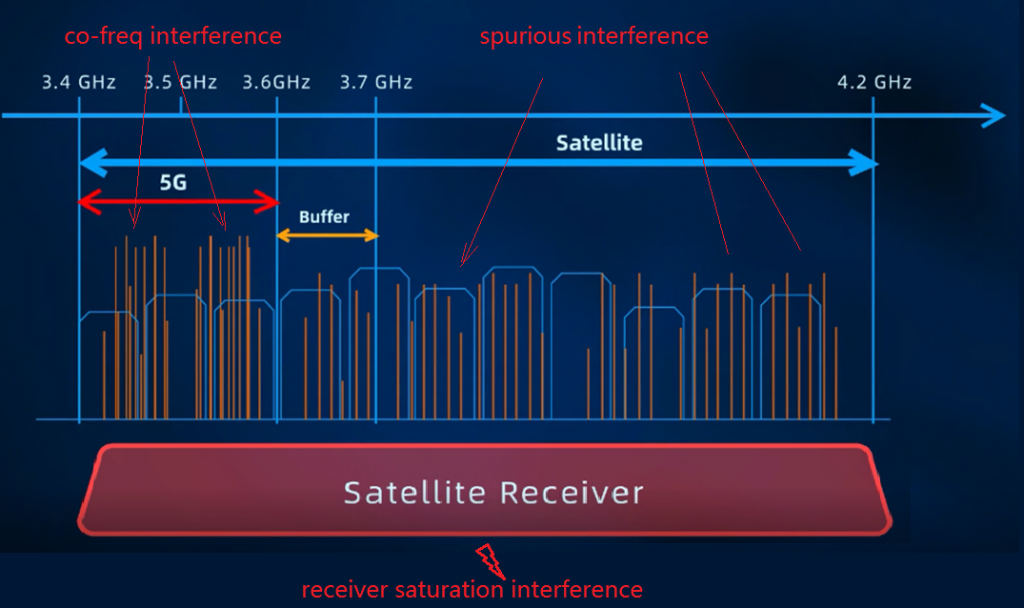 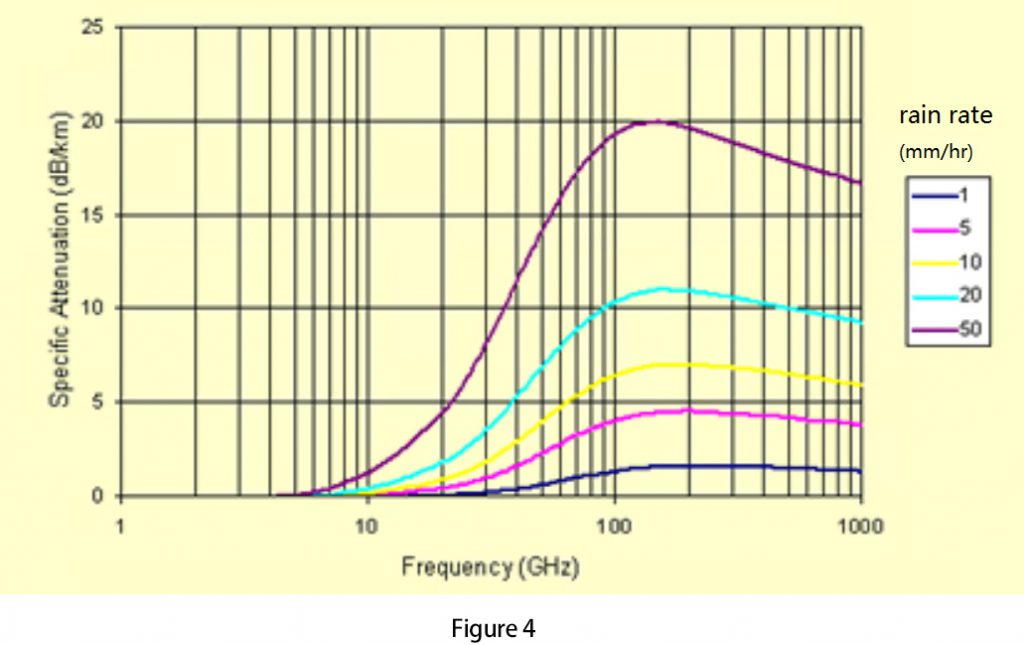 The satellite communication in Ka-band uses 27.5-31/17.7-21.2 GHz frequency band, or 30/20 GHz band. Ka-band is more common in high-throughput satellite (HTS) applications, and the satellite EIRP can reach 60dBW or higher by using spot beams with multicolor frequency reuse. The wavelength of the Ka-band is close to the diameter of raindrops, consequently, the rainfall attenuation is more severe than that of the Ku-band (Figure 4).

The 12-18GHz band is called Ku-band. Compared with C-band, Ku-band has a higher antenna gain, yet the antenna size is smaller. Furthermore, the RF equipment in Ku-band is much smaller in size and low in cost. Compared with Ka-band, the influence of rainfall attenuation is smaller in Ku-band. Another advantage is that the satellite industry has adopted Ku-band for decades, the existing ground equipment can continue to work in new Ku-band satellite projects. The transition costs are relatively low.

The Ku frequency band used by the 1st generation communication satellites is 14.0-14.5/12.25-12.75 GHz, or 14/12 GHz band. With the development of the satellite industry, the satellite operators have been striving for more frequency resources (Figure 5):

●  In 1983, the first generation of communication satellites began to use Ku-band for telecommunication and television services. At that time, the Ku frequency band was limited to 14.0-14.5 GHz/12. 25-12.75 GHz frequency band (Asia-Pacific region), with only 500MHz bandwidth;

●  500MHz is not enough to meet the requirements of business expansion, after two ITU World Radio Conferences (WRC-1992 and WRC-1995), it is confirmed that the 13.75-14.0 GHz band can be used as the uplink (i.e. emissions from ground stations to satellites) band of satellites. However, the uplink ground station antenna should be no less than 4.5 meters to protect radiolocation and NASA space shuttle space exploration services;

●  The 4.5 meter antenna limit is too strict. In WRC-2003, the satellite industry successfully released this limit to 1.2 meters (applicable to the Asia-Pacific region);

Thanks to the effort of several generations of satellite spectrum experts, now the uplink and downlink frequency bands in Ku-band are both 1050MHz, which lays a solid foundation for a balanced design of communication satellites and the development of domestic and international satellite communication services as a whole.

However, in the satellite transponder capacity market in China, the actual services are still crowded in the 14.0-14.5 GHz band, the utilization rate in this band is often as high as 100%. For some hot birds, it is very difficult to find even 1MHz. On the contrary, 13.75-14.0 GHz capacities are often vacant with only a few broadcasting customers, who use this band for satellite TV feed-link.

This is a waste of scarce satellite resources. Firstly in the geo-orbit, the number of satellite transponders in the 13.75-14.0 GHz band in the market is very limited, satellite operators put most investment into 14.0-14.5 GHz; Secondly, in the ground, satellite users are unfamiliar with 13.75-14.0 GHz frequency band, they don’t consider this band in satellite link design. The two factors interact with each other, the low user utilization rate in turn urges satellite companies to avoid the 13.75-14.0 GHz band when designing new satellites, thus aggravating the uneven use between these two bands.

For the use of the 13.75-14.0 GHz band, several stakeholders have different considerations: 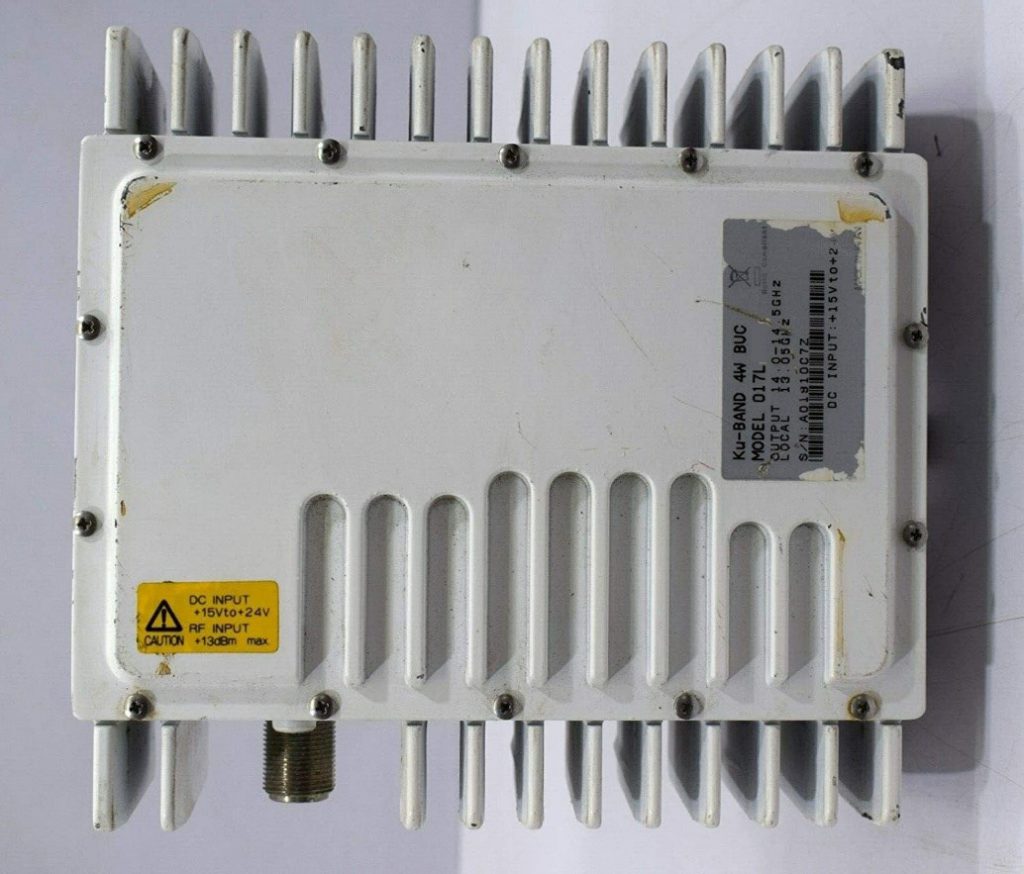 At present, most fixed ground stations in China do not support the 13.75-14.0 GHz frequency band. Because these stations are mostly traditional users of satellites, and the use of 13.75-14.0 GHz for the satellite was limited for a long time in history (the uplink antenna requires more than 4.5 meters before 2003), these traditional stations adopted 14.0-14.5 GHz systems, and rarely added 13.75-14.0 GHz. Gradually these stations have formed a habit to purchase narrowband BUC only. Even for new projects, they tend to use 14.0-14.5 GHz considering it has a stock of existing equipment in this band. This is the main reason causing the unbalance in the Ku-band capacity market.

First of all, according to ITU rules, frequencies that are not brought into use will lose priority and are easily preempted by other satellite operators; Secondly, for the design of multi-beam or high throughput Ku-band satellite, it is necessary to use 13.75-14.0 GHz, otherwise there would be no sufficient capacity in the uplink and consequently less throughput; Third, the geo orbit is very crowded, adjacent satellites can easily interfere with each other. Using non-overlapping frequencies is the best way to avoid interference. Transponders operating in 13.75-14.0 GHz can avoid interference with nearby satellites if their 14.0-14.5 GHz has priority. 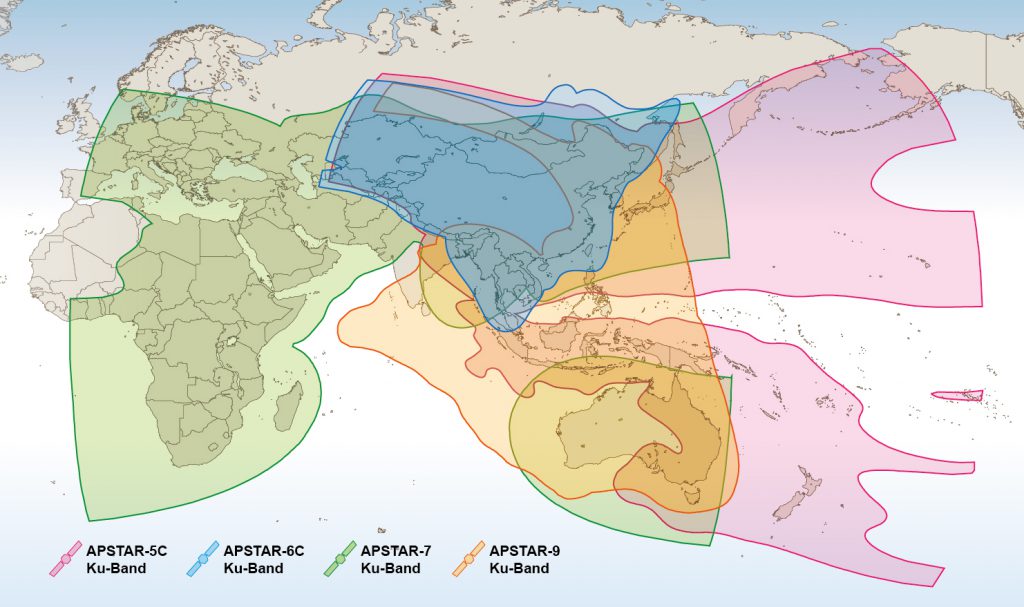 To sum up, given the scarcity of Ku-band resources and the fact that 13.75-14.0 GHz is not widely used in Chinese satellite communication, we suggest:

At present, many satellite communication customers in China still think the uplink frequency band in Ku is 14-14.5 GHz, not aware of 13.75-14.0 GHz. There are plenty of equipment and satellite transponder resources supporting this frequency band in the market, and the cost is the same as, if not lower than, that of 14-14.5 GHz. The new satellite communication project only needs to include 13.75-14.0 GHz in the tender document. Without incurring additional costs, it will extend compatibility and possibility for future projects. It is a double-win solution for all parties.

Several Asia-Pacific countries, including China, have taken the lead in the world and obtained the frequency band of 14.5-14.8 GHz for fixed-satellite service. Satcom equipment manufacturers can respond to this change by including the 14.5-14.8 GHz into the working frequency of their products. Take BUC as an example. The existing BUC with an operating frequency of 13.75-14.5 GHz has a local oscillator frequency of 12800 MHz. If you want to design a wideband BUC of 13.75-14.8 GHz, you can keep using the local oscillator of 12800 MHz, corresponding to the L-band of 950-2000 MHz. Therefore, wideband BUC with 12800MHz local oscillator is more versatile now and in the future. If these extended Ku frequency bands can be fully used, it is bound to alleviate the current market situation.

Due to historical heritage, traditional modems only support 950-1450MHz. In recent years Ka-band satellites get popular, the bandwidth of some Ka satellite transponders has reached more than 1GHz, so modems have begun to support 950-2150MHZ band, there are many choices in the market. We propose to use more wideband modems in the new satellite communication project, as targeted to promote the use of all Ku-band frequencies in the whole 13.75-14.8 GHz range.